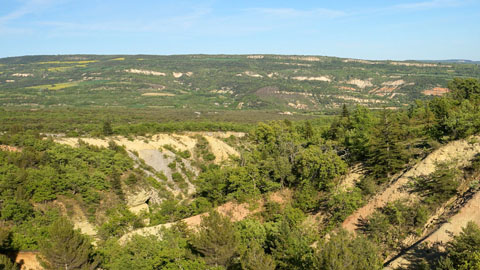 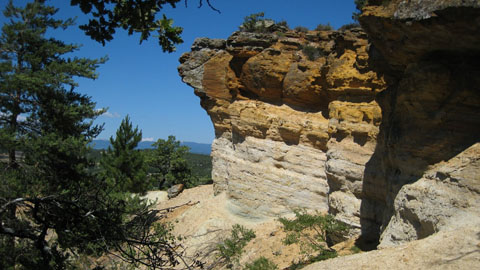 At this small pass, called "Collet de Flaqueirol", the first few coloured layers appear, marking the start of the Ochre mountains. Before you, you see the small Gypières and Argentière Valleys, where gypsum was mined in addition to silver, it is said, but there are no traces of ochre to be found. Behind you, towards Gignac, the ochre layer starts building, broadening by a few metres to more than 30 metres. It extends over 25 kilometres up to St-Pantaléon. The collet de Flaqueirol is a key site in understanding how ochre is formed.