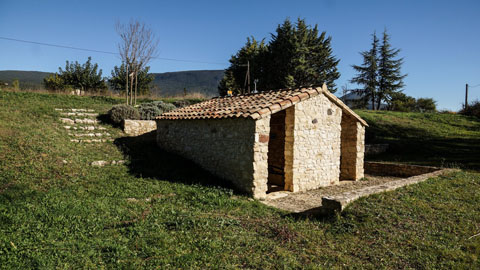 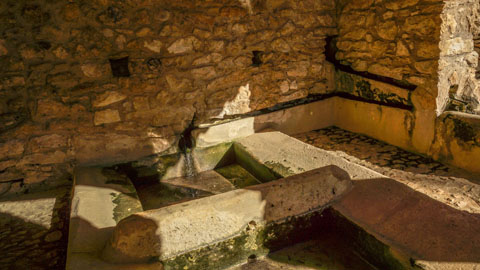 Time to freshen up at the Viaux washhouse, on the left! Are the coloured rocks lying opposite you finally ochre?
Yes, but this is not the Colorado, it's the Colline de la Bruyère. This was one of the key sites for ochre mining. However, it remains a hidden, wild place, covered by the vegetation it is named after: in French, "heather hill". Mining was carried out in both open-cast and underground quarries. Numerous galleries were dug out there in order to reach the yellow and orange sand layers lying deep below. It is said that the longest gallery of the mountain is found on this hill!