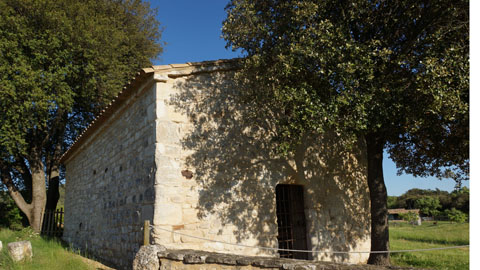 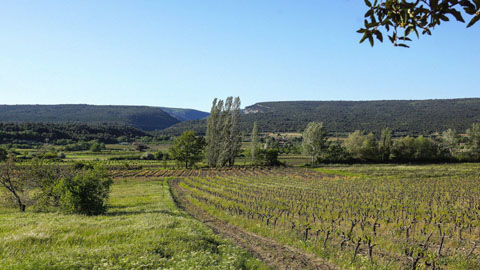 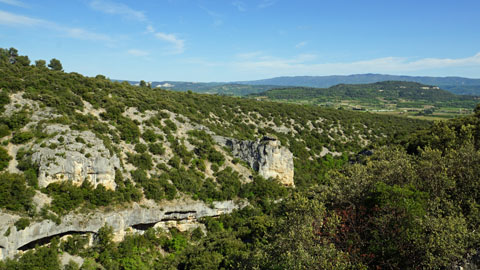 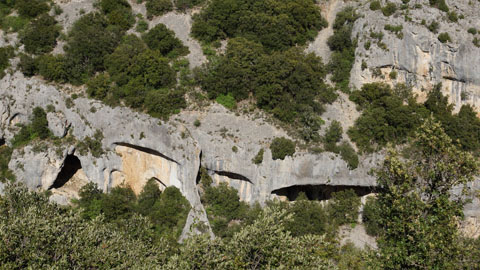 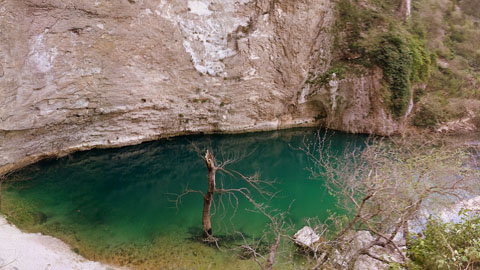 Here, a first chapel was constructed in 980 on a site already steeped in history, whose subsoil had already proffered statues of Mars and Juno, as well as a pre-Roman altar with its consecration to Pagan God Sylvain. Destroyed and then rebuilt several times, it was completely restored by its owner in 1992.
Turning away from the chapel, look towards the north. Before you rises the imposing limestone mountain range of the Monts de Vaucluse, carving out deep valleys, such as that of Font-Jouvale opposite. All the rainwater falling onto this mountain range collects at the Fontaine-de-Vaucluse spring.